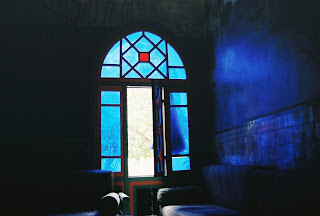 The sun has finally come to Paris, though if you don't stand in the sun it feels like late March or September. I decided to go outside to work, write by hand, something I do when I can't bear another moment in front of this screen. So I went to the Jardins des Plantes to look at flowers and find a cheap place to eat a sandwich and write in my notebook. I arrived with an empty stomach and a full bladder with no bathroom in sight. I ordered a sandwich and asked where the toilets were and was told straight that way and then make a left and keep going. That seemed far so i decided to eat my sandwich first. It seemed kind of lame, though, considering there was a food concession next to a playground which was visited by children who were clearly no longer in diapers. Inconvenient is putting it mildly. So after my sandwich I trudged off following the directions. After a while it seemed too long a distance so I walked back the other way to the playground thinking I'd misunderstood, being not that proficient in aural French, which even though it may sound like it, is not a sexual technique. I asked someone in the playground, still incredulous that there wouldn't be a place for children to make doody and sissy, which is what we called it in Brooklyn where I grew up, though I do remember people holding their little kids over the gutter to pee rather than take them upstairs to do it in private. Anyway, the woman said there wasn't any in the playground, so I went back in the direction I came from and asked two old people sitting on a bench doing crossword puzzles. They pointed straight ahead and said it was just a little further next to the entrance to the zoo. I walked for what seemed like three city blocks, avoiding getting too caught up in looking at the flowers, and finally came to the PortaSan (however you spell it.) There was a red light which read: "Hors de service" meaning "Out of service." I was getting too pissed but couldn't even find a place to do that, and what's more, I hadn't even stopped to smell the roses. I went off in another direction looking for a gardener or someone who might know what's what, and found a guy digging around in the rose garden. He directed me back in the direction of the PortaSan and i told him it was out of order. He looked apologetic and told me to find the 'gardien' and ask him, perhaps he would know more...Walking further, avoiding the seductive alleys and walkways full of lush plantings, I found a bunch of beefy guys walking around in uniforms with gardening tools. Before they had a chance to send me off to the f'n PortoSan again, i explained that I'd already been there and wanted to know if there was an alternative. They said I should go into the nearby Museé de L'Homme, a complex of buildings spread over a dozen or so acres, another walk of about three blocks. So...I arrived in front of the first building and read the sign: "Fermé Mardi." Well, it just so happens it was Mardi and the museum was closed. I began considering peeing behind a bush or tree, figuring there must be some out of the way shady nook, it being a Botanical Garden and all. In the gardens of Brooklyn or the Bronx, for example, one could easily find such a place, certainly in Central Park, right? I began wishing that I had a companion with me to act as lookout--but that was not happening. French gardens are very formal with no hidden or overgrown areas, unless you go into the Labyrinth, which is populated with all kinds of people, lovers, parents and children and others you don't want to see with your pants down. But at this point I'm still trying to be optimistic. I walk around and around and...around. But, as I often try to ignore them, the facts inevitably win. I decide to ignore my need for the moment and go smell the roses. I am delighted when I discover among the rose beds an exquisitely naughty marble statue of Dionysus, with a sinister smile on his pointy-eared face looking down on the smaller, captive figure of Eros tied to his chest. Eros looks up over his shoulder at his captor with indignance, his defiant boy chest exposed to the viewer, straining wings spread. It is one of the most erotic sculptures I've ever seen. But as for the roses, most of them have been drowned by the excessive rain.
I decide that since I'm not far, more or less, from La Mosquée, which has an incredible hammam with a tea garden and restaurant, I'll go there for tea and use the bathroom. I walk about a half mile since I've come out from the exit furthest from the mosque.
After I use the bathroom I take a table inside one of my favorite rooms in the world, a Morrocan paradise where sparrows flit in and out of the open windows, landing on the brass tables foraging for crumbs of almond, rosewater and pistachio soaked in too much honey, though sparrows have no teeth and don't have to worry about cavities, and flit around so much they can probably eat 1000 times their weight. The voice of Oum Kalsoum and the sweet smell of tobacco being smoked in hookahs fills the room. So in the end, tout va bien--the simple pleasures of a pee and tea.
Posted by Traveler's Journey in Babel at 11:10 AM